Located at one of Dorchester's principle crossroads, Peabody Square is re-emerging as a center for community life with thriving restaurants, new housing and a refurbished Ashmont Station. In 1893, the Boston City Council named the Square for Colonel Oliver White Peabody, an investment banker and co-founder of Kidder, Peabody, and Co., in recognition of his generosity in developing the neighborhood. Peabody and his wife, Mary Lothrop Peabody, were not only the primary benfectors in the building of All Saints, but also developed other parcels of land adjacent to the church, such as the Peabody Apartments, that complimented the architectural style and quality of the church and helped shape the character of the neighborhood. The Square's granite drinking trough--for both horses and people--was given in 1899 in honor of Col. Peabody by his brother. In 1909, the City installed a four-faced monument clock manufactured by the E. Howard Company, with a case designed by architect William D. Austin.

Ashmont is a section of the Dorchester neighborhood of Boston. It includes several subsections, such as Ashmont Hill, Peabody Square, and Ashmont-Adams. Located near the Milton/Boston border, major streets include Ashmont Street, Gallivan Blvd., and Dorchester Avenue.

The neighborhood is known for its larger Victorian style houses on the former estates with other side streets such as Fuller, Burt, Dracut, and Wrentham Streets having a denser two and three family development pattern.

Dorchester Avenue in the area has an urban neighborhood commercial development pattern. The non-profit organization St. Mark's Area Main Streets works to increase the number, variety, and quality of businesses in the district through the Boston Main Streets Program, and sponsors the popular Peabody Square Farmers Market among other programs and events.

The MBTA has Red Line subway service at the Ashmont station and there is a link to the Ashmont–Mattapan High Speed Line trolley going to Mattapan. 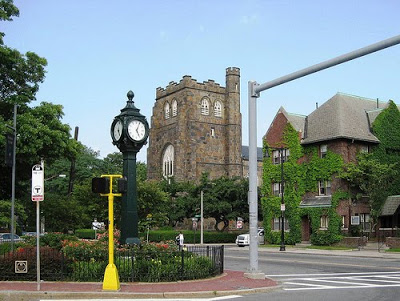