Recently I stumbled on something written by Fr. Darwin Kirby. His name is probably not recognized by many today, but he was a major figure in the American Anglo-Catholic movement. I am sharing that column which Fr. Kirby wrote. In it you catch a glimpse of the passionate, vigorous faith which he proclaimed – the faith which is the true hope of the world. As we begin this Lent, we would all do well to attend to his words.

His name is probably not recognized by many today, but he was a major figure in the American Anglo-Catholic movement. From 1947 to 1986 he was rector of St. George’s Church in Schenectady, New York. The parish flourished under his leadership, transforming itself into a shining example of what a Catholic parish in our Anglican tradition could be. And perhaps of even greater significance, he was a mentor to many young priests who served as curates over his long tenure. I know a number of those men: they are devout priests and skilled pastors for whom I have great respect. Through their ministries, Fr. Kirby’s influence for the Gospel of Christ spread far beyond that city in upstate New York where he so long labored.

I never met him, though I did speak once with him on the phone. He was looking for a curate and wondered if I might be interested. I was then the curate at the Church of the Advent and I’d just accepted a call to my first rectorate at a small parish in Vermont. Obviously it was not to be. But I’ve always regretted that I never had to opportunity to get to know him or even just to meet him – all the more so as the years have passed and I began to meet some of those men upon whose lives he had such an influence.

I am sharing that column which Fr. Kirby wrote. In it you catch a glimpse of the passionate, vigorous faith which he proclaimed – the faith which is the true hope of the world. As we begin this Lent, we would all do well to attend to his words. Hear his words of encouragement. Heed his call to action and the counsel against despair. We are called to be disciples of Christ, followers of him. Do your part to bring others to the knowledge and love of God in Christ Jesus. It is good for us to be reminded of these things from time to time.

Lent is a command to take our religion seriously, and, therefore to win souls. I ask the question to all those who have been signed with the Sign of the Cross, who are in the Church, who are on the Lord’s side (all the baptized). Put the question: are you on His side just as an ornament? Do you think that you add to His Cause a note of exquisite piety and loveliness, a note of personal dignity and charm, or are you on the Lord’s side to do something? You have been baptised. Whom do you bring to Baptism? You make your Communion. Whom have you helped to restore to Communion? You have been confirmed. Whom have you brought to Confirmation? You may feel terribly inadequate; but so did Moses. You may say the wrong thing. So did Peter. You may once have had no use for the Church. Nor had Paul. But God uses them - and us - to bring men to Himself.

In Lent – and in all times – we are commanded as Churchmen and disciples of the Saviour to go forth and bring souls to the knowledge of Christ, to bring men to the great glad truths about Christ and His Church. We are members of the historical Christian Church of Christ’s own founding; and a Churchman who does not spread his Faith is a parasite on the Life of the Church. He who is not girding his loins for the Apostolate is abdicating his seat on the dais of Christianity, and is like a tree cut down on the road, impeding the march of the army of God.

Lent is an assurance. A member of the Russian Orthodox Church in Paris has written of a beautiful custom in the Eastern Church. At the beginning of Lent, there is a Vespers service; the Church is dark and everything is covered with black. The Lenten prayers are said, and the people prostrate themselves, and suddenly in this sad and penitential atmosphere, the choir begins to sing, very quietly the Easter hymns. It is like a hope and encouragement showing that “it will come - do not forget”. And the knowledge of God’s help during a difficult time can be like these Easter hymns during the Lent Service.

Lent moves forward to the Passion of Christ and the majestic epic of the might of God. This drama is the key to the fearsome and glorious mysteries of God’s love and man’s sin, and the measure of the agony and terror which that love cost. The assurance is with us and, if in this Lent, or in any of the days of your life, you become discouraged and you feel some power is pushing you down, that some force is pushing you under - if you can identify these powers with the force that crucified Our Lord, you don’t have to be afraid any more. For the Cross was the worst that evil could do. The worst the Devil could do was to crucify our divine Lord. The worst that evil could do was to give you the Body and Blood of Christ. 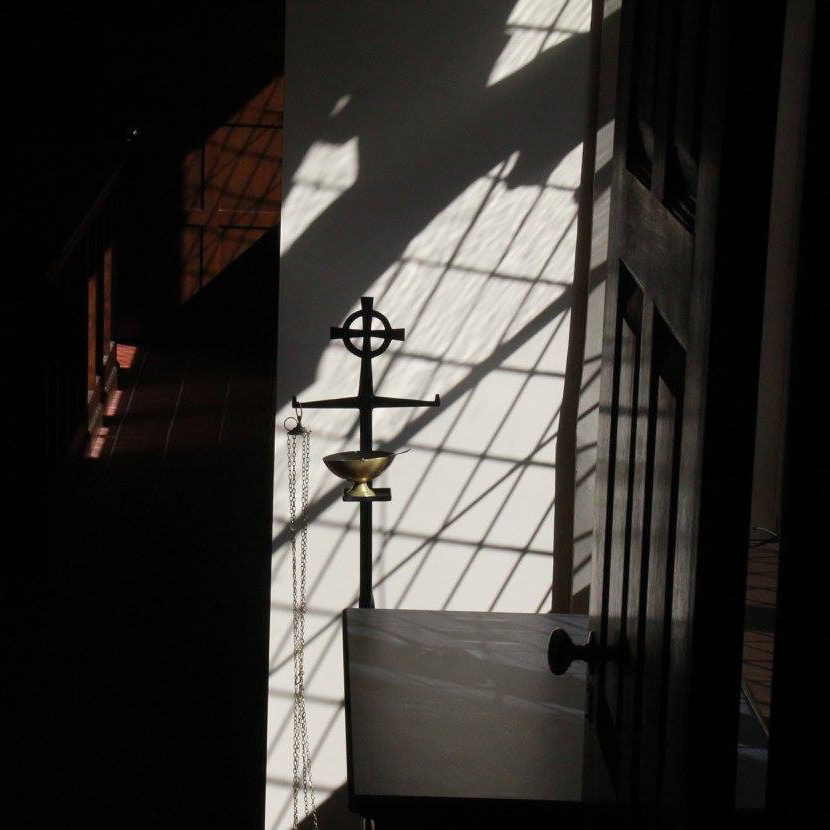