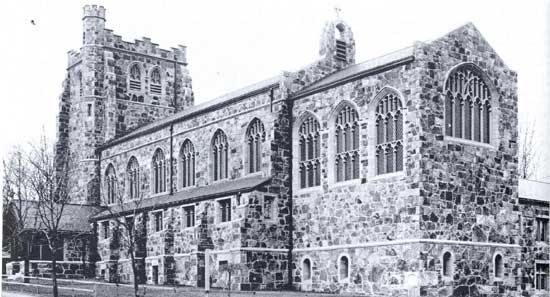 Begun as a mission of St. Mary's Church Dorchester, All Saints was founded in 1867 to serve Church of England workers who had come to work for the Old Colony Railroad and other local industries. It grew rapidly, and in 1872 held its first services in a newly built wood frame church on Dorchester Avenue near the present Red-Line Ashmont station 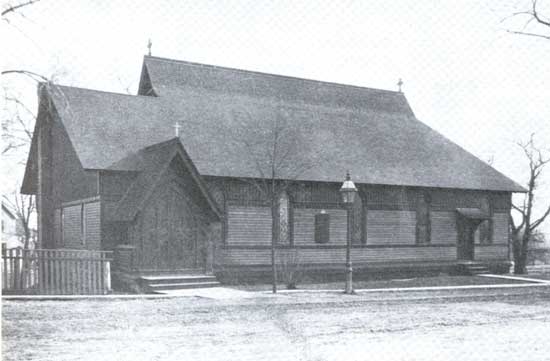 The original wooden church building, which stood near the current site of Ashmont Station.

On the Feast of the Holy Innocents in 1879, Colonel Oliver and Mary Lothrop Peabody, prominent Boston Unitarians, boarded their horse-drawn carriage to attend services at King's Chapel. They journeyed in the sorrow borne of the recent death of their only child, Amelia. 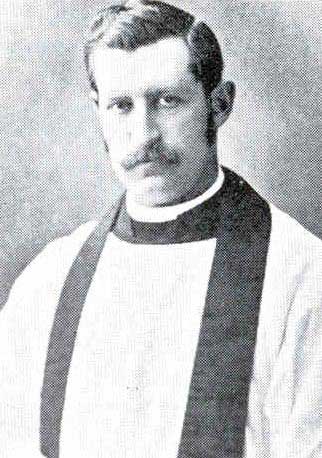 As they descended Adams Street from their Milton Hill home, the heavens opened and heavy snow began to swirl about. Their driver, concerned about the balance of the trip, suggested they attend his church, All Saints. The Peabodys agreed. They sat unobtrusively in the back of the church. Father Bennitt (right), then Rector, preached a sermon about the Holy Innocents. It struck a particularly resonant chord for the Peabodys, for he too had recently lost a child.

The next Sunday the Peabodys returned to All Saints. This time they stayed for the entire service, and when they left, Colonel Peabody pressed a princely sum for the poor into the hand of the stunned rector. The Peabodys did not return to King's Chapel. They received instruction, and were confirmed.

Father Bennitt's ministry was so well received that in short order the church added services, but still had worshipers standing on the porch and outside the windows for the five Sunday services. 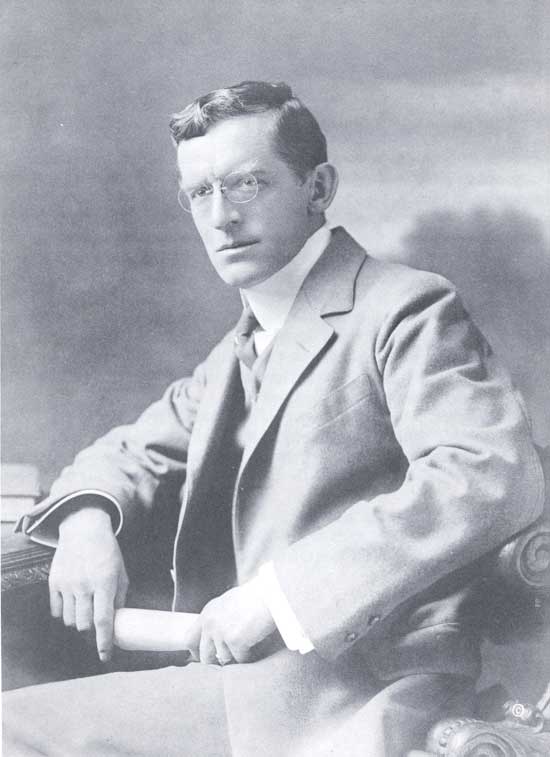 Doubtless, the Peabodys were the wealthiest members of the parish. But it was the Colonel's skills as an investment banker (Kidder-Peabody) and leadership style that soon found him on the vestry as it planned a new and much larger church. At the Peabodys' suggestion a 26-year-old architect, Ralph Adams Cram (right), was asked to propose a design for the new church.

Cram's plans were approved and the Peabodys donated the balance needed by the parish to build the $100,000 church of Quincy granite and Nova Scotia limestone. Bishop Phillips Brooks blessed and laid the cornerstone on November 9, 1892. The first service in the church was held on December 27, 1893, and the building was consecrated by Bishop Lawrence on November 24, 1895. All Saints was Cram's first church, and it strongly influenced subsequent building in America and Europe. 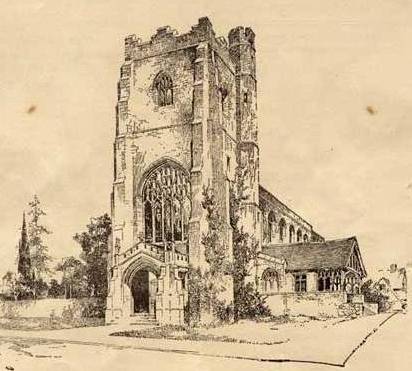 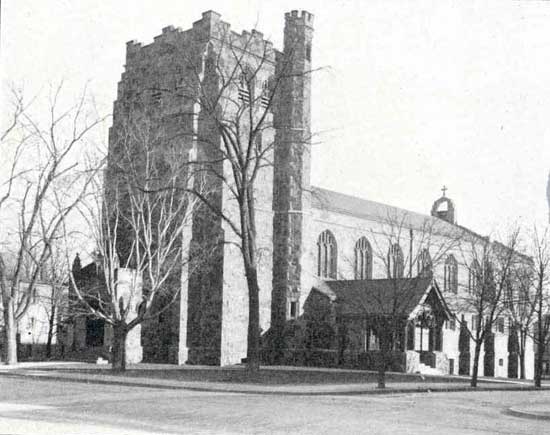 Cram's rendering of the church from the Chronicle, 1892; the church shortly after completion

From its first to its present and 13th rector, the Reverend Michael J. Godderz, the parish has been committed to the principles of the Oxford Movement. A critically acclaimed choir of men and boys, under the direction of Andrew Sheranian, today fulfills another objective of the Peabodys. 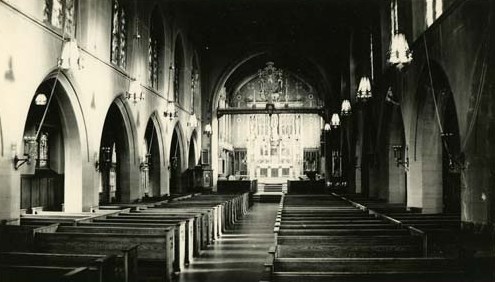 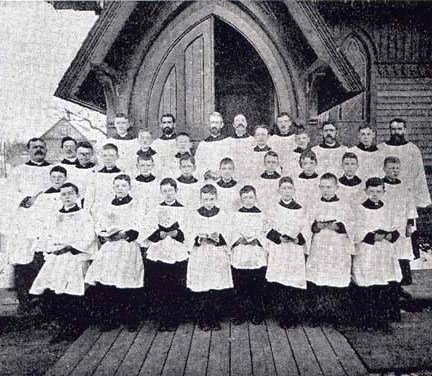 The completed in nave in 1940; the vested choir of men & boys outside the old church.

The choir sings at the Sunday Solemn Mass and at special feasts of Our Lord and Our Lady, as well as at community events. Congregational singing and choir music is also enhanced by the recent installation of a large C. B. Fisk tracker organ. 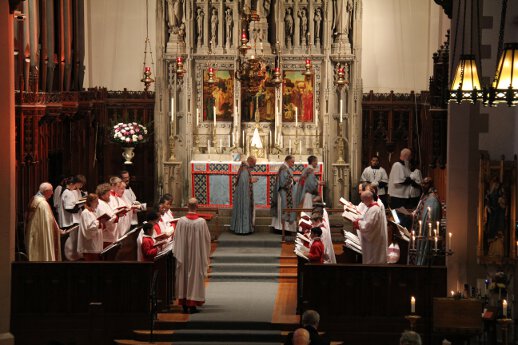 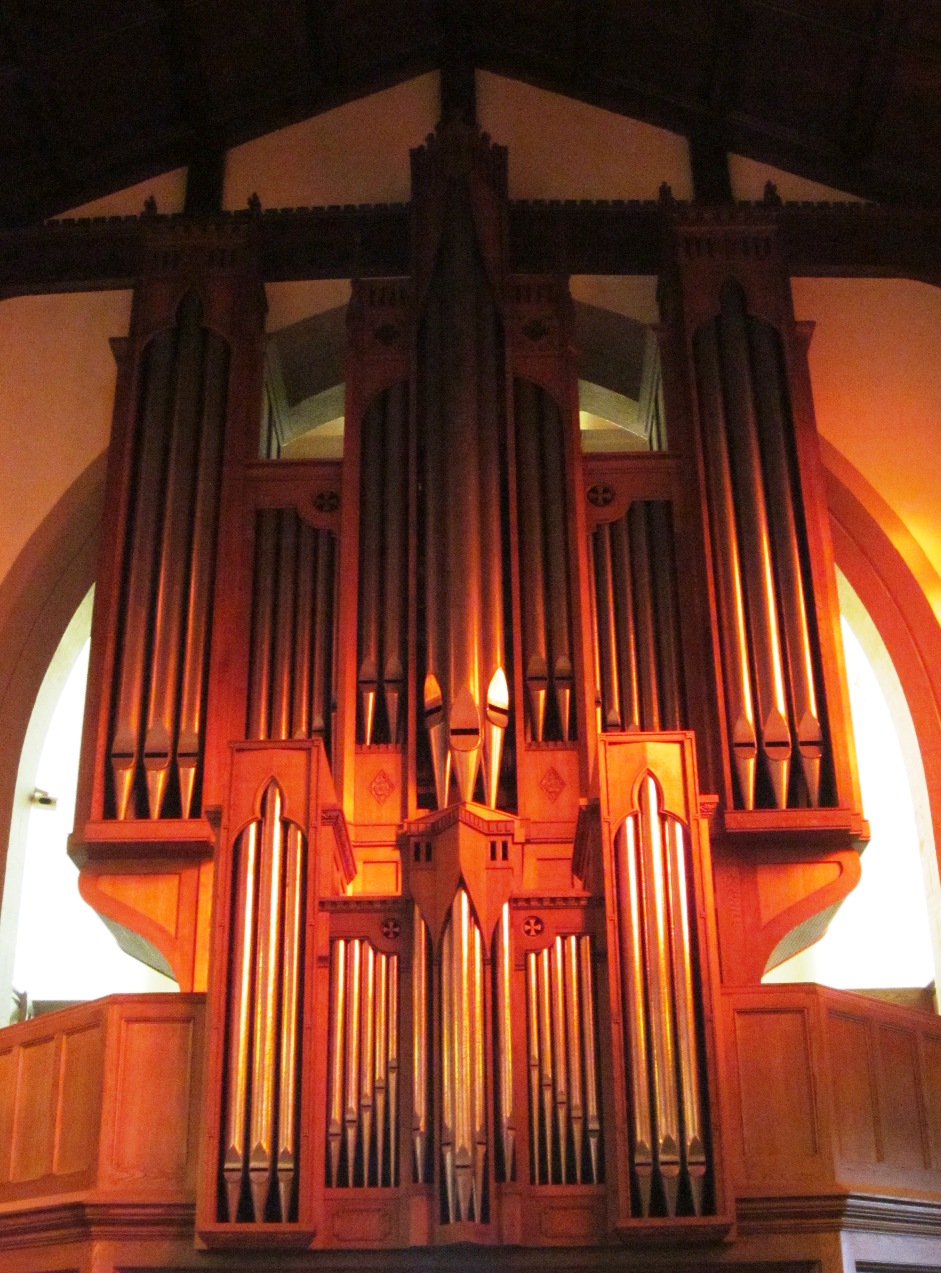 The Choir of Men & Boys and the altar party in the chancel; the C.B. Fisk Organ, Opus 103.

In 1998 the Epiphany School was established and operated in the renovated parish house. It now occupies a new building in Dorchester and continues to provide the opportunity of a superb and comprehensive education.

On the feasts of Michaelmas, Candlemas, Ascension, Corpus Christi and Assumption, Church of the Advent, Boston, and All Saints' share each other's churches and often each other's clergy. May God continue to bless richly this cooperative witness of two great Anglo-Catholic parishes.